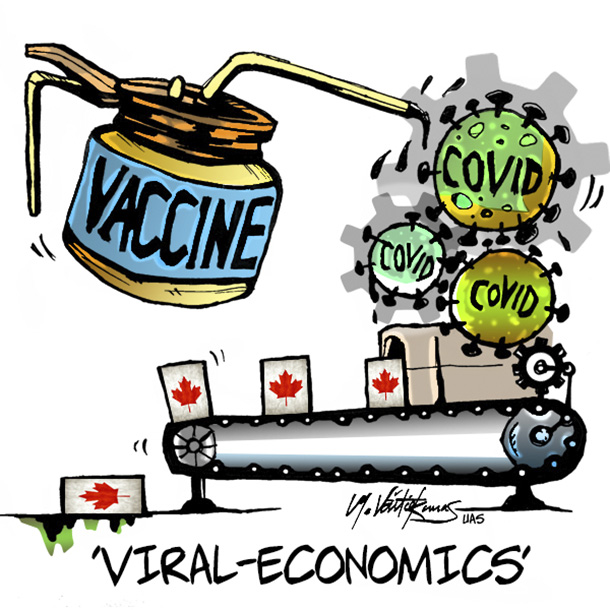 Started selling 5-cent cartoons off of the alcohol spirit drum printer in grade school, until he made $1.10 and the principal shut him down. Cartooning, illustrating and digital animation and production since the early 90s his work has appeared in The Wall Street Journal, The Globe & Mail and many other North American newspapers. His videography and IMDB documentaries have been screened with TV Ontario and internationally. Currently he is writing, illustrating, and producing a 300 page graphic novel, which should be ready by 2050. Vince is a contributor to the Union Art Service off and on since sometime in the early 2000s.